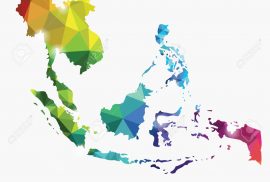 The first PSSAT’s SEA Talk program on May 29, 2015 was titled “Mass Media and ASEAN Community Construction”. Dr. Phil. Hermin Indah Wahyuni, M.Si, head of PSSAT, became the speaker that afternoon. According to her, the mass media now is not fully concerned about the importance of the ASEAN Economic Community (MEA). Mass media, in this case journalists, need to be more in knowing this issue so that it is not only becoming a discourse on the level of the elite alone but this information can be up to the community in Southeast Asia itself. read more

The South China Sea Dispute to this day still leaves various problems. Indonesia is not a country involved in this dispute, but the background of Indonesia’s position as a country that is often considered to be able to stand neutral in the midst of such problems, makes this country as if it has an obligation to place itself in resolving the dispute. Some other reasons behind the involvement of Indonesia in the settlement of the dispute is due to several things. Firstly, the increasingly protracted problem is feared will affect the stability of the relations of countries in Southeast Asia. No improvement in the condition of this dispute has the potential to hamper the export of natural resources and other economic activities. On the other hand, Indonesia can show its image as a responsible regional leader by taking a role in the settlement of this dispute. Without the impetus to be able to reach the settlement of this dispute by the Indonesian side, will certainly reduce the image of Indonesia itself. read more