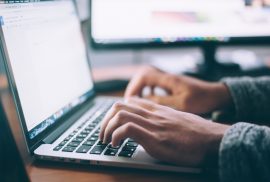 According to data from the annual Reporters Without Borders [1] report on the ranking of press freedom in the world, for the Southeast Asia region, Indonesia ranked top, namely 124th, followed by the Philippines in 127th position. The next ranking is occupied by Myanmar which was previously ruled by the military but is now led by the former opposition party, ranked 131. Next is Cambodia, which is controlled by Prime Minister Hun Sen, ranked 132. Thailand is ranked 142, followed by Malaysia in the order 144th, Singapore ranked 151th, and Brunei was 156th. The two Southeast Asian countries in the lowest position are Laos (170) and Vietnam (175) classified as media black spots. read more

The importance of ICT has been increasing time by time. Seeing the ICT development throughout the times has been affected the development of other sectors positively. Furthermore, ICT development enables the easier and faster cooperation and integration of other sectors within and among states. In regard to ASEAN, ICT plays the main role of better integration within and among its member states since its establishment in 1967. I can assure that without ICT development in ASEAN, the ASEAN Free Trade Area will be taken into force later than 1992; the establishment of ASEAN Community will take into force probably in the next 10 years. Moreover, most of cooperation and integration in ASEAN nowadays is ICT-based, so then the easier and faster agreement will be possible. Nonetheless, there remain obstacles for ASEAN integration along with the ICT development gap within and among ASEAN member states. In this article, I will specifically concern on the action that has been taken from certain elements/actors to narrowing the ICT development gap as well as its parameters. Eventually, I will recommend the possible solution that probably can be taken to close the gap as well as to foster the ASEAN integration. read more