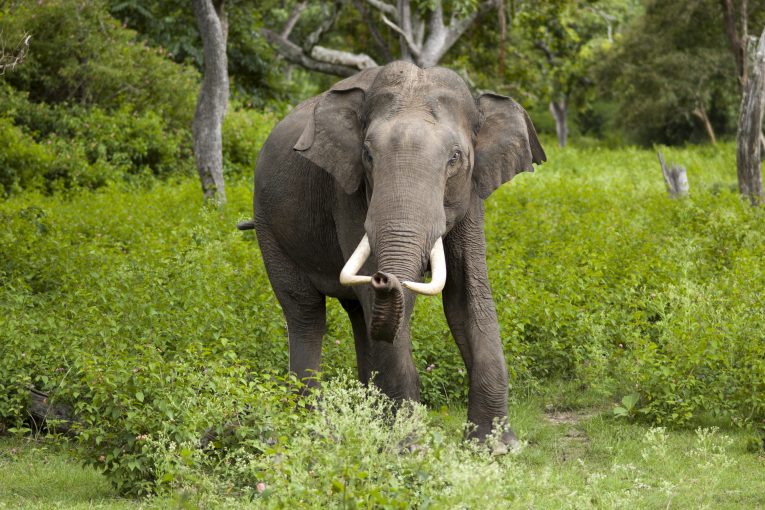 If there’s one thing that Southeast Asia should be known for, it is one thing; Diversity. This region is the home to many cultures, belief, traditions, cuisines that extends all the way to its rich biodiversity. The region hosted millions of species that ranges from both animals and plants. Many states in this region are in fact, aware of this fact and the notion of this leads majority of states in Southeast Asia to sign and ratify the CITES (Convention on International Trade in Endangered Species of Wild Flora and Fauna 1975 ) within their national legislation, as a measure taken to protect 3000 species of flora and fauna. In Indonesia, CITES has already been ratified into Law no 5 Year 1990 for the conservation of living resources and Ecosystems. The ratification process itself are divided into 3 (three) criteria in which the former one (1) are deemed the most effective, while the latter one is the deemed ineffective (3) due to the lack of alignment between the content within the legislation and the aforementioned conventions.

However, based on the research conducted by UNEP, wildlife trade still occurs in many parts of the world. UNEP reported that illegal trade in wildlife is generally around 7-23 billion dollars annually.  Furthermore, the reason why the focus shall be in Southeast Asia are because, the growth rate in environmental crime within the region corresponds with the GDP growth rate in many Asian states to the number of 5.1 up to 7.5% . This is an activity that should be prevented and eradicated not only by enacting legislations but also, to understand the reason behind these activities. The reality of the implementations of these policies in Southeast Asia are still ineffective due to the fact that legislations are not enough to tackle a problem that has been deeply rooted within the region.

In fact, the trade of wildlife in East and Southeast Asia has a long history. In parts of the region, kings presented live animals and wildlife to the leaders of the neighboring states as a “diplomatic tool” and during the first 20th century, the trade of wildlife has been a major source of foreign exchange. The description above reflected the mindset of the people within the region that still thinks that wildlife can be utilized to their own benefit. It is not enough to tackle wildlife trading without analyzing the root of the problem, due to the fact that both domestic and international illegal wildlife trade is a complex business that has the stimulant of both socioeconomic and cultural forces.

To understand this horrible business activity, one must grasp the notion on the structure of this activity, in which there are three roles that Southeast Asia countries partake. It is divided as a Source, Conduit and Consumer states. The source country is where these biotas are being taken away from their natural habitat to be transferred to the conduit states, where these species are being stored and sold to the collectors that originate from consumer states. This activity are driven by many factors as well; Southeast Asia’s rising living standards , infrastructure development that enhance the mobility of the activity, myths that created demands to consume a certain animal parts to the opening up of a several states economy to an international market – based policies that improve international trade connections.

Due to the illegality factor of this commercial activity, there’s a several “methods” that might be used by the seller such as (1) targeting new source areas or countries for a particular species, (2) new smuggling methods and routes to avoid detection and most generally, (3) to exploit the weak wildlife- related law enforcement. The former one is a method where the traders exploited new areas  in order to capture or extract one particular kind of species due to the fact that the previous area does not accommodate the needs of the consumers anymore. The second method involved new and different methods upon transporting wildlife to their conduits. In Vietnam, wild bears are being smuggled using fake army vehicles, ambulance with the biota dressed as the patient. The latter one is the most horrible one, where the smugglers that are caught smuggling illegal biotas, convince the customs official that the species on their possession are actually legal to trade, and this created a much less penalty than the one actually imposes by law. This is a very sad reality; where it shows that there is a very minimum cooperation between the customs official and law enforcers; that shows the lack of understanding of the subject matter of the regulations that has already been created.

One of the reason why enacting the previous rules and regulations are insufficient are due to the fact that these activities are still, the vital income of populations living in some parts of Southeast Asia, especially in the greater sub-mekong  area, especially in Vietnam and Laos. In Nakai – Nam theun National Park Laos, 59% of the villages admit that terrestrial wildlife had been an important source in their village over the last decade, and they do admitted that overall species of wildlife number had declined over the last decade. The usual frequently-sold species are the one that suffered from the effect the most, experiencing drops to 75%, and these are due to many illegal activities happening in the forest that makes these species lose their habitat. Notwithstanding of the obstacles, this still create a very narrow part of the populations specializing in becoming hunters specializing in wildlife trade, in which makes it a career decision. These people are equipped with new skills and equipment that might helped them do their jobs, such as tranquilizing drugs and other process that might ease their burden to capture one wildlife species.

Other than the economic factors, there are still many factors that could leads into these activities. However, the brief description above is an accurate portrayal to this illegal activity. In order to deal with this problem effectively creates urgencies for states, to learn more about the mechanism of wildlife trade. Technology can be used as an effective tool to compile data in regards to list of the identification of types of illegal species, demands, routes & to list every trading activities possible. Further analysis in regards to both social and economic factor of this problem is also necessary; in order to understand the demands of this activity.

There also needs to be better cooperation between both the local, regional and national level to have a better regulatory control of CITES. On the legal perspective, the actions that can be undertaken also involved reviewing the content of CITES for several countries that has a larger number for wildlife trade and to increase the strength of the national legislation. This actions needs to be done immediately due to the fact that most source  states, still has a insufficient content to protect these wildlife, due to their category 3 status to the ratification of CITES; meaning that the legislation are not meeting the requirements for the implementation of CITES.

However, the most prominent eradication measure that could be exercised is to gradually change the mindset of the key stakeholders involved within the activities itself. In order to change the pattern, a change in mindset is also necessary. There needs to be advocacy to relevant stakeholders with the agenda of debunking myths of consuming of animal parts while at the same time, regards to the impacts of this activity in the long run, since without this measure extinctions are inevitable.

Broad, S., T. Mulliken, and D. Roe. 2003. The nature and extent of legal and illegal trade in wildlife. In Oldfield, S. (ed.) The Trade in Wildlife: Regulation for Conservation. UK and USA: Earthscan.

Nooren, H. and G. Claridge. 2001. Wildlife trade in Laos: the end of the game. The Netherlands Committee for IUCN, Amsterdam.

SFNC. 2003b. Implementation of actions against the extraction and trade in wildlife at the Pu Mat National Park: proceedings of a workshop held on 27 June 2003 in Vinh City, Nghe An province. S. Roberton, F. Momberg & Tran Chi Trung. SFNC project, Vinh.

This article was written by Aicha Grade Rebecca, an undergraduate student at the Faculty of Law Universitas Gadjah Mada, doing an internship at the Center for Southeast Asian Social Studies (CESASS).