Chaos in the Middle of Hope: Seeing Frontier Areas in Southeast Asia 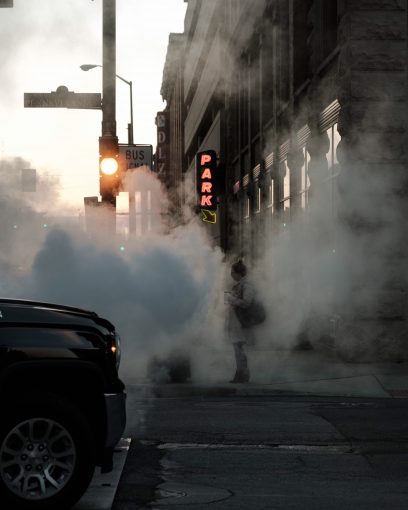 “As a region with a wide territory, relations between the periphery and the center of power in ASEAN are often colored by negative stereotypes due to cultural differences. Surprisingly in the midst of a negative stereotype that developed, the outer areas or often referred to as frontier are still continuously built endlessly for the future hopefuls that unfortunately often cause social and environmental problems ”

The term frontier in the social science universe was originally used by Jackson Turner to explain the American mentality. The term is used to describe the customs of American colonists in exploring and building civilizations in the outer regions found in the new continent. The habit arises because of the view that the outermost is an area full of resources but still underdeveloped. Therefore the area needs to be continuously exploited in order to advance so that it can produce profit for human.

With its power and superiority, people in the region of power often see the outer regions as exotic spaces with abundant resources but are still lagging behind, as a result they feel the need to advance the region. With such views, many outermost areas in Southeast Asia such as rural areas of Borneo in Indonesia or Mindanao Island in the Philippines whose natural products are exploited by the government through national or multinational companies for the ‘progress of local communities’ (Li, 2014; De Konick & Derry in Fold and Hirsch, 2007). However, behind the motive of advancing the local community is hidden the greater motive of the accumulation of economic benefits for the state. The motive for maximum profit makes the country tend to introduce new commodities suitable to be developed in frontier region with the condition that the commodity has a high demand in the global market. Therefore, changes in the frontier area can easily be met as the dynamic of market demand. Moreover, in order to accelerate economic growth, the government feels the need to send low-paid, skilled workers easily accessible in the central areas of power. Therefore, it is not surprising that in the frontier areas there are many transmigrant settlements built by the government [1].

Transmigrants and other actors who come from the center to the frontier area certainly do not come with empty heads. Their arrival is also intrigued by the imagination of their new environmental conditions in the past as well as the hope for the future. Thus the frontier area is a space of nostalgia as well as the hope of the future. With that view frontier area will be exploited continuously without knowing the time. This is due to the presence of imagination that the frontier area is an area that was formerly exotic but underdeveloped so the resources has to be exploited in order to have a brilliant future. Term exploitation is still problematic, because before the arrival of outsiders, local communities are also already using natural resources for their interests. Nevertheless, power relations between the central regions of power and frontier territory make me interpret the exploitation as a processing of resources – especially nature – in a modern way through economic-oriented development that is accompanied by the creation of new cultural and religious values like values in the central areas of power .

The imagination is not unproblematic. Because, with the provision of imagination, the government often holds that the only way to advance frontier area is by commodifying its abundant natural potential. Therefore, it is not surprising that Anna Tsing (2003) argues that in the natural frontier areas changed into natural resources. The problem is, exploitation of nature often presents conflict between state and local society. This is because in the frontier areas the limit of private and public ownership of natural products is unclear because of the validity of two types of law that are believed to be customary and positive law. Therefore, social chaos is not an unusual thing in a frontier society

Besides religious mission or da’wah that many presents in frontier area to ‘civilize’ local society also often create value conflict. Not infrequently the conflict of values due to the coming of new values from outside creates internal conflicts among local people who accept and reject these values.

In other words, the development of frontier areas with many tropical forests is expected to no longer be anthropocentric in nature through the homogenization of natural products but by maintaining the existing heterogeneity without losing its economic potential.

Nevertheless, the frontier mentality – or frontierism – is not necessarily bad. In addition to improving the country’s Gross Domestic Product (GDP), development by government or corporations in frontier areas is able to get local people out of the underdeveloped stereotypes that prevent them from accessing urban areas.

This article was written by Venda Pratama (in Indonesian), Anthropology alumnus, Faculty of Cultural Sciences, UGM, while working as an intern at Center for Southeast Asian Social Studies (CESASS).