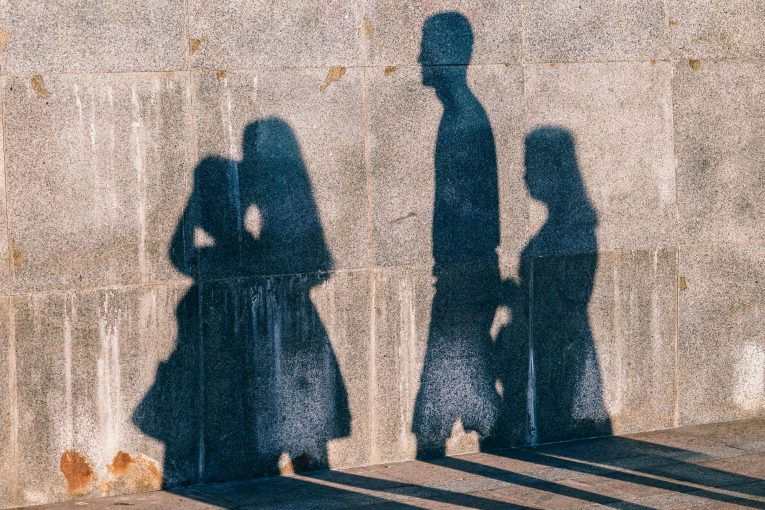 I must admit that when I heard about pasung for the first time I was quite shocked. It was the cruelty and callousness of people that struck me most. However, the documentary film Breaking the Chains, released in 2015, made me look at the issue from a wider perspective. Its creators did not focus on how brutal people who condemn their loved ones to such fate are, but rather showed how complex their situation is, that is how many elements affect the decision to take such a step.

It is undeniable that such practices violate human rights. However, people shown in the film chain their relatives not because they are cruel and soulless. Neither do they do it out of fear of their neighbours’ reactions. Although possibly these motivations are important in some cases, people portrayed in Breaking the Chainssimply do not see any other possibility. Often, there are no institutions specialising in the treatment of mental illnesses in their area. Sometimes the price of a visit to a psychiatrist is an insurmountable burden. Finally, many of them simply believe that it is black magic that caused the problem, so instead visiting a qualified physician, they would seek a solution from spiritual leaders, traditional healers, or black magic specialists, who often confirm their belief in pasung being the only way out. One of the film’s protagonists’ – Yayah – was diagnosed with chronic schizophrenia but her family believed she was possessed by evil spirits. They thought pasung was their only choice, so they locked and chained Yayah for 17 years.

The camera of the creators of Breaking the Chains follows the activists associated in Komunitas Sehat Jiwa(Community of People with Mental Illness) – an organisation form Cianjur (West Java) whose aim is to completely eliminate the practice of pasung. “There is no other medicine for this,” notes a mother of a mentally ill man in one of the film’s scenes, during a conversation with a psychiatrist. The local healers confirmed her conviction. Activists of Komunitas Sehat Jiwa are looking for such people. They offer them knowledge about the condition of their relatives, appropriate treatment, as well as provide proper medication. Importantly, they explain to the family how much love and respect are important for the treatment process. It seems the lack of education is the main factor that maintains the tradition of pasung.

According to data presented in the film, until its release, Komunitas Sehat Jiwa managed to unchain 117 patients, including Yayah. Their diagnosis of the reasons for such a large scale of the phenomenon in Indonesia reads as follows:

“Shelter is not simply the product of ignorance of family and society, economic inadequacy, or the refusal to accept psychiatric treatment. More precisely it is associated with the lack of concern and responsibility of government to provide basic mental health services for people with severe mental illness” (Pasung, n.d.).

In 2016 Human Rights Watch alarmed about how bad the mental health care status in Indonesia was, issuing an extensive report on this topic entitled Living in Hell: Abuses against People with Psychosocial Disabilities in Indonesia(Sharma, 2016). The data presented by the authors of the report is alarming – during its creation there were 57 thousand people in Indonesia who have been in pasung at least once in their lives. 18 800 people were currently living in pasung. The authors of the report pointed out that pasung is not the only problem faced by Indonesian society in the matter of mental health protection. Patients in various types of health centres, traditional or religious, as well as nursing homes, and finally psychiatric hospitals, are often subjected to abuses of many kinds, including physical and sexual violence, forced seclusion and forced medication. Some of those mental health centres treat patients with electroconvulsive therapy – without their consent. What is worse, some hospitals still perform this treatment in an unmodified manner – without anesthesia, muscle relaxants or oxygenation.

The data provided by the Indonesian Ministry of Health, cited in the previously mentioned report, confirms that an insignificant part of the population of Indonesia has access to psychiatric treatment. Only 48 psychiatric hospitals operate in a country of 250 million people. 8 out of 34 Indonesian provinces have no psychiatric hospitals, 3 do not even have a single psychiatrist. The World Health Organisation estimates that in 2014, for every 100 thousand Indonesians, there were 0.29 psychiatrists and 0.18 psychologists working in the mental health sector. By comparison – at the same time, there were 0.76 psychiatrists per 100 thousand Malaysians, in Singapore this rate was 3.48, in Norway 29.69. In 2011 Switzerland had more than 40 psychiatrists for every 100 thousand people (“Global Health,” 2015).

The authors of the article entitled Human rights of persons with mental illness in Indonesia: more than Legislation is needed, published by International Journal of Mental Health Systems, seem to confirm the thesis mentioned earlier, that the fault for such a bad state of affairs lies not with the people, but the insufficient actions of governmental institutions (Irmansyah, Prasetyo & Minas, 2009). They point out that from the legislative point of view, the situation is satisfactory, but the right regulations are not always followed by adequate actions. However, the Indonesian Ministry of Health, the Ministry of Social Affairs and the National Human Rights Commission do recognise pasung as a serious problem and have declared they will do everything they can to free Indonesia from it. The world-wide attention gained by Breaking the Chains assured that not only Indonesia itself is awaiting their firm and far-reaching actions in the nearest future.

This article was written by Michał Bielecki a PhD student at the Graduate School for Social Research of the Institute of Philosophy and Sociology, Polish Academy of Sciences, working as research fellow at the Centre for Southeast Asian Social Studies (CESASS), Universitas Gadjah Mada.