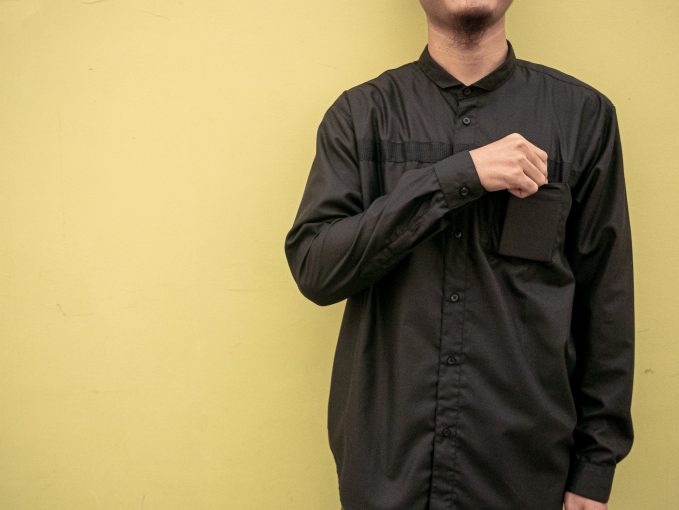 In Indonesia, terrorism is a threat that affects the nation’s social/political order and bring light to tensions existing in the country. Indonesia has the largest Muslim majority globally; however, Indonesia is a secular country adopting a liberal reform of Islam and accepting religious tolerance towards other minorities. However, terrorist groups have voiced their radical opinions on Indonesia’s secularism calling for the country to be an Islamic state and achieve these goals through violence. The Indonesian government has taken counter-measure to tackle these terrorist threats, but these measures are criticized by Human Rights Organisations (HRO). Because Indonesia has created many anti-terror repressive laws, violating the freedom of speech and the task force Densus 88 has broken many Human Rights Violations (HRV). This brings into question is terrorism the overall threat towards Indonesia, I would argue no but state that terrorism must be a risk that does possess a threat, however, cannot endanger Indonesia’s democratic institution. I would argue that Indonesia’s anti-terror laws are a danger to Indonesia’s democracy and Indonesia’s Counter-Terrorism (CT) agencies violate human rights laws (HRL). These are the overall threats that endanger Indonesia’s democracy and why treating terrorism as a risk can be approached with de-radicalization programs. I will explain how Indonesia can treat terrorism as a risk and not an existential threat like climate change and can be mitigated with soft-approach policies, and I will outline the dangers of the hard-approach undertaken by the Indonesian government.

Climate change, ethnic tensions, and inequality are challenging problems that Indonesia faces as a nation. Climate change has undoubtedly forced the Indonesian government to adopt new environmental laws but is yet to be taken seriously by the government (Kheng and Bhullar, 2011). The lack of governance to combat these growing inequalities and the existential threat of climate change has been met with criticism because the Indonesian government has failed to approach this with innovative policies. Instead, the government has taken a harder stance to combat terrorism, creating or reforming new laws enacted recently by the Indonesian parliament. The new laws have alarmed HRO and scholars criticizing the government for violating the freedom of speech and pushing the government into post-authoritarianism (Kusman and Istiqomah, 2021). Critics have argued that there can be other policies that Indonesia can adopt such as the de-radicalization program which requires serious reform because the threat of terrorism is continuing to evolve (Gindarsah and Priamarizki, 2021). Jemaah Islamiyah (JI) and other terrorist organizations are continuous threats, and the rise of lone-wolf terrorism will challenge Indonesia’s counter-terrorism agencies. The risk factors of terrorism in Indonesia are a present danger, but CT actions against terrorists are needed for a soft approach or hard approach to combat the risks involving the rising threat of terrorism in the country.

The war on terror is the defining factor that has pushed the Indonesian government to enact new repressive policies. Since the 2002 Bali bombing, the Indonesian parliament has rushed anti-terror laws to combat terrorism, but these laws have constrained individual rights in the country (Nakissa 2020). One of these laws, called “the Revisi Undang-Undang Anti-terrorism” allows the military to fight against terrorism (Haripin, Anindya, Priamarizki, 2020). The allowance of having the Indonesian military against the fight against terrorism is seen as an abuse of power because it pushes the nations back into the former post-authoritarian roots (Kusman and Istiqomah, 2021). The growing level of military force does have a negative consequence, for example, the United States (US) military war on terror is met with many criticisms among societies (Satana and Demirel-Pegg, 2020). Allowing the military to fight terrorists will create tension among the civilian population and could involve higher civilian casualties deaths if the military is called to eliminate terrorists in the region. One example was when the military was deployed to crush the terrorist organization called East Indonesia Mujahideen in the region called Poso, in central Sulawesi Indonesia (Nasrum, 2016). The military presence only created tension and fear amongst the civilian population because they were afraid and would be caught against the terrorist and military cross-fires (Nasrum, 2016). Allowing the military provides a challenge to Indonesia’s democratic institutions, which has weakened under President Widodo’s reign. President Widodo has taken great lengths to weaken the HRO and anti-corruption agencies in Indonesia (Kusman and Istiqomah 2021). The latest push by President Widodo to enact new counter-terrorism new laws is threatening Indonesia’s democracy because will these hard approaches to combat terrorism as risk be effective.

Indonesia’s hard-line approaches against terrorism are dangerous, especially allowing the military to fight terrorist groups, thus creating tension amongst the civilian population. Indonesia’s own CT task force called Detachment 88 or Densus 88 is being met with criticism and accusation from HRO (Arrobi 2018). Densus 88 task force was established in 2003 after the 2002 Bali bombing assisted by the United States and the Australian government and has successfully disrupted terrorist operations (Carnegie 2015 and Barton 2018). Densus 88 is one of the world’s best task force because Densus 88 has successfully prevented many terrorist threats in the country. Since 2002 Densus 88 has arrested 800 jihadists and thwarted 15 attacks in 2017, proving how robust and effective the task force has become (Arrobi 2018). Despite these successes, Densus 88 has violated human-rights laws by torturing suspected individuals, extra-judicial killings, tampering with evidence, and interfering with defence lawyers for easier convictions (Nakissa 2020). Indonesia’s own National HRO Komisi Nasional Hak Asasi Manusia (Komnas HAM) has admitted to Densus 88 “excessive use of force” (Nakissa 2020). Torture tactics conducted by Densus 88 is bound to have negative consequences because many reports and evidence shows that torture is the worst interrogation method conducted (Rejali 2007). Individuals are more likely to lie to get out of torture and only radicalize their supporters to commit attacks against the state (Rejali 2007). Institute for Policy Analysis of Conflict THE RE-EMERGENCE OF JEMAAH ISLAMIYAH (2017) reports explained the death of a terrorist suspect Siyono who died in police custody. Siyono’s death from the announcement was met with outrage amongst the civilian population and called for greater accountability for Densus 88. The hard-approach measures taken to combat terrorism in Indonesia has only provided more threats in the country because the violation of HR has only angered the civilian population. It is why a much broader scope of Indonesia’s de-radicalization program can mitigate the risk associated with terrorism.

A soft-approach towards terrorism is needed with Indonesia’s de-radicalization program, which requires policies and reform (Gindarsah and Priamarizki 2021). In Indonesia, terrorism is evolving, and terrorist organizations are starting to use social media to bolster their support and increase their recruitments ( Habulan et al. 2018). Jamaah Ansharud Daulah (JAD) the organization involved with 12 terrorist attacks, including police officers’ targeting, is starting to use social media as a propaganda tool (Habulan et al. 2018). Indonesia’s national counter-terrorism agency (BNPT) will need to counter these messages with good prison sentences and education reform to counter-terrorism. De-radicalization programs have been shown to work in Indonesia, individuals have realized that the action they have committed is wrong and speak out against inciting violence. The book “why terrorist quit” by Julie Chernov Hwang (2018) had shown interview reports where the individual questioned his action when he bombed the church killing innocent civilians. Evidence shows that even installing Muslim leaders to shut down radical preachers can shut hate messages and change the individual perspective (IPAC 2014). Prison and Education reform is the best soft approach needed to boost Indonesia’s de-radicalization program. Evidence shows that individuals can change their perspective when re-educated and shown Islam’s correct teaching (Hwang 2018).

The risk involving terrorism is continuing to dominate Indonesia’s social and political order, and with the rise of social media, terrorists are starting to change their tactics and adapt their propaganda. Indonesia’s hard-approach towards terrorism will undoubtedly create more risks testing Indonesia’s democracy, which is already under threat. President Widodo pushing the parliament to introduce new CT laws violates the freedom of speech in the country. Repressive anti-terror laws approving the military to engage against terrorist groups will create tension amongst civilians and push Indonesia back towards the nation’s post-authoritarian roots. Densus 88 have already come under scrutiny for breaking human rights laws and has received backlash from the public. Indonesia’s government and the (BNPT) must approach terrorism as a risk factor which can involve soft-approach policies. De-radicalization programs have proven to change former terrorist perspective and can introduce these individuals back into society. Terrorism treated as a risk can move toward reform of education and good prison sentences instead of the Indonesian government’s draconian policies. Terrorism if treated as a risk factor proves that the threats are there, but Indonesia’s policies do not have to be affected by terrorism, but a more civilian,  human right, and justice approach can combat the threat of terrorism in Indonesia.