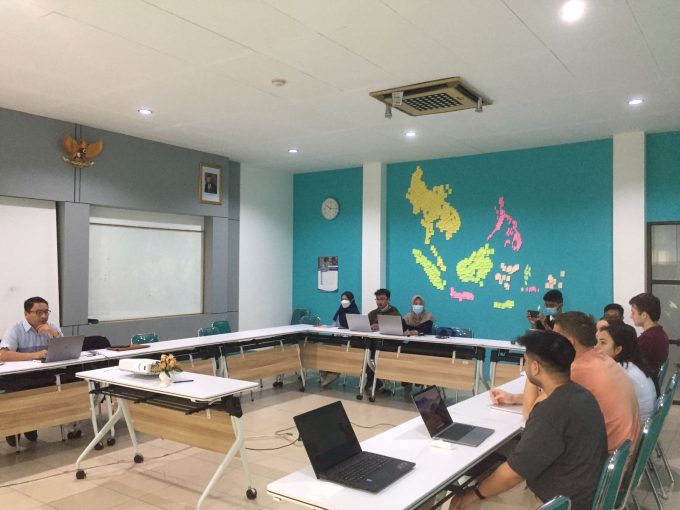 Later on, Dr. Abdul Gaffar gave a brief outlook on the political history of Indonesia and analyzed the existing trends. For instance, the lecturer stressed the so-called “double-majority” factor. It implies that if one is Muslim and Javanese, they have far higher chances of being elected as governor/president.

Then Dr. Abdul Gaffar went on to analyze the existing system of governance (legislative, judicial, executive branches of power) at municipal, regional and national levels. A special emphasis was put on the fact that the Indonesian political system in fact was formed under the influence of Jawa traditions, the Dutch colonial administration and the Japanese occupying forces.

After the main part came Q&A session. Interns from Russia draw curious parallels with political trends in their own country by saying that it is also conservative but less democratic than that of Indonesia. Their Indonesian colleges asked Dr. Abdul Gaffar about the upcoming general elections and potential coalitions to run for presidency. The event was held in cordial and friendly atmosphere, which made the comprehension of material much easier.