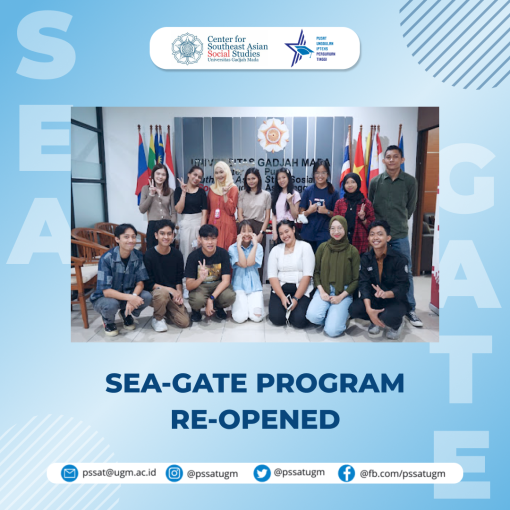 After a long break due to the Covid-19 pandemic, CESASS has resumed accepting students from foreign universities to participate in the SEA-Gate (Southeast Asian Culture and Language) program. This year CESSAS was visited by students from Thailand and a professor from South Korea.

On June 13, 2022, at the welcoming session the Acting Director CESASS UGM Prof. Dr. Phil. Hermin Indah Wahyuni warmly greeted the Thammasat students and wished them to take advantage of 2 months in Indonesia so as to improve their language skills and immerse themselves in Indonesian culture.

In addition to the language classes, the Thammasat students learned Indonesian culture through various activities, such as:

The closing ceremony on July 21, 2022 was attended by a lecturer from Thammasat University Dr. Hamam Supriyadi. He expressed joy that the Thai students had got a valuable experience during their 2-month stay in Yogyakarta and considered that CESASS would continue to accept students from Thammasat University within the framework of SEA-Gate program.

In addition to the eight students from Thailand, Prof. Gu Bu-Kyeung from the Korean Institute of ASEAN Studies – Busan University of Foreign Studies  also participated in learning Indonesian language and culture. She was conducting her internship for one month from July 4-29, 2022, at the Beginner II level. Like international students, she studied Indonesian reading, writing, grammar, speaking, and listening. In addition, he was involved in discussing youth perspectives on the past and future relations of Indonesia and the Republic of Korea with other interns at CESASS UGM.