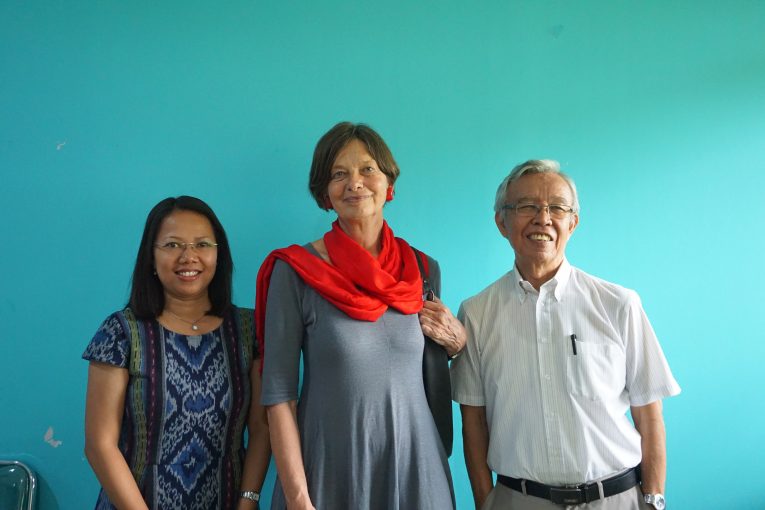 As a form of cooperation between CESASS UGM with University of Freiburg, Prof. Dr. Judith Schlehe accompanied by a researcher from CESASS UGM, Vissia Ita Yulianto, shared their knowledge in the form of workshops (08/03/18). The workshop held in the Indonesian Room of CESASS UGM Library presented the topic of waste management which is still one of the problems in Indonesia. This problem is certainly very influential with the stability, including the stability of undersea ecosystems. Therefore, this study took a case study in the southern maritime area of Yogyakarta which includes part of Gunung Kidul Regency under the title “Waste, Worldview, Morality: An Inclusive Approach”.

This research emerged from the problems in Indonesia as the second largest country in its contribution to pollution in the maritime region after China. With an inclusive approach, this research aligned the perspective of waste management in terms of society, economy, and worldview. After observation and data collection, they found that the people living in the village agreed that waste was one of the problems, but their contribution and awareness were still very weak.

Until now, the handling of people to waste is limited to selling garbage to rongsok and dumping garbage in landfills. The Waste Bank system has been introduced in the community, but their participation is still lacking. Discussion of the results of this study closed by drawing the conclusion that the success of the waste management program is seen from the strengths of policy makers, the participation of the government, and the understanding of the community about the importance of preserving nature especially the southern maritime region by reducing the amount of plastic use in daily life. (Imam Al Rezki)