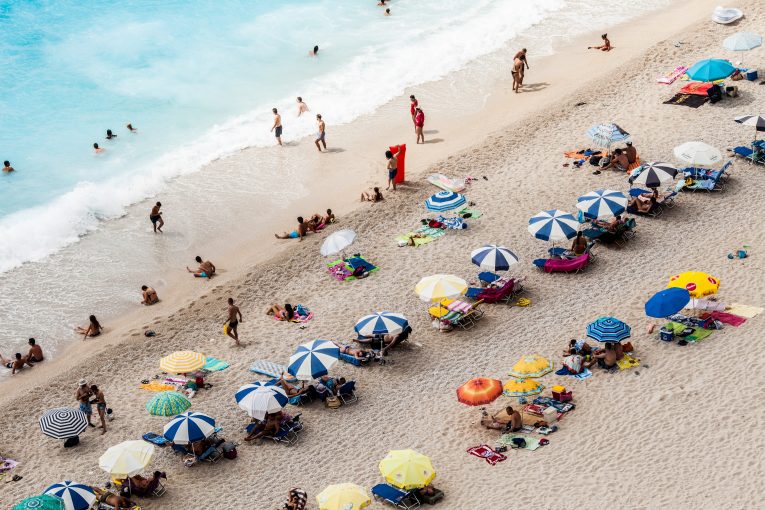 On the 1st-4th of April 2019, I attended the MMAT workshop (Mengajar & Meneliti Asia Tenggara or “Understanding Changes in Southeast Asia”). The workshop aimed to equip the participants with a deeper understanding of Southeast Asia as well as research skills and experience. A part of the workshop was to do fieldwork at one of three locations, and I was in the group that did our fieldwork at Sosrowijayan. We were asked to observe and do interviews to find out more about the area in accordance to our area of study. As an anthropologist, I looked at the state of the society, and the practices of the people.

In this essay, I would like to explore the concept of the “domino effect” or interrelatedness through the tourism industry located in Sosrowijayan; its implications and significance; and its resultant impact and consequences for the area and its community of residents. From my observations, I would like to suggest that a domino effect can be observed, where it has affected the economic activities and fortunes of the people living and doing business in Sosrowijayan. This has further implications for the lives and identities of its residents.

Sosrowijayan is located near Yogyakarta Station or Stasiun Tugu, a railway station located close to the centre of the city of Yogyakarta. As my group and I walked around Sosrowijayan, it was clear that the area was created primarily because of its location and the resultant demand for accommodation from travellers. Sosrowijayan is mostly filled with losmen, hotels, restaurants, tour agencies, and other services catering to the types of people that visit the area. These indicate the importance of the need for tourism-related demand, and it is not surprising why the area is heavily dependent on tourist numbers.

This is where the domino effect comes into play because we were told by an owner of one of the resturants and losmen in Gang 2, Sosrowijayan, in a conversation with him, that the tourists usually come to Indonesia on a tour package. These tour packages usually bring them to Bali first and then Yogyakarta, so when the Bali bombings happened, the tour groups stopped coming because the package would include both. Hence, indirectly, the owner of the restaurant and losmen and Sosrowijayan in general are reliant on these tourist packages. This reveals an interconnectedness that exists between the various popular tourist sites in Indonesia, where even though they may not geographically distant from each other and might not be conceived as connected in any way by the locals, tour agencies have created a connected that these businesses had apparently depended on, and need to sustain their business.

This comment reveals the importance of the domino effect, since its consequences also affect the society there in other ways; not just economically, but also in terms of social positioning and feeling of relevance, since their identity as an area, as an “international village” is based on that idea that travellers will stay at that area. So what will happen to that identity when there are little tourists or when the tourists are gone?

While my group and I walked around Sosrowijayan, we visited a bookstore-cum-gift shop located in Gang 1. We talked to the owner/manager of the store she commented that the shop would received a lot of visits and business from the international tourists when there were still many coming to Yogyakarta before the Bali Bombings in 2002 and 2005. However, now the store’s relevance has changed, since more students and locals patronise the store and buy the books there because it is cheaper than other bookstores like Kinokuniya, since the books are second hand and are from the owner’s brother’s personal collection.

This is perhaps indicative of a changing relevance of Sosrowijayan, where it is not just an international village but a local “kampung” or a local village. Perhaps it now presents an international front for the local people, which casts doubt on whether the area is truly “international”.

This could be a new form of the concept of “international”, where the meaning of the concept is pertinent not to the outsider but to the insider. An example that comes to mind is the mall Terminal 21 in Bangkok, where each of its floors are zones designed according to the themes of different cities in different regions of the world. While the mall is situated in a tourist area and located near many hotels, it seems like such a design was not just meant for the tourists, who may actually originate from those cities or regions, but it seems to be designed for locals who wish to experience a different region without travelling out of the country, or while they go about the mundane activity of visiting the mall. Whatever the case might be, at the end of the day, such a theme is an effective way to attract visitors to the mall and create interest in them while they are there.

It is worth noting that Sosrowijayan does not have much relevance to Indonesia, as shown in a comment by the restaurant/losmen owner about how there are not many locals that stay there, since they would rather stay at their friend’s house or kos, instead of playing for a room at the losmen.

There are also other problems that face the area including the difficulties of digitalisation, the disruption presented by online businesses, and the construction of a hotel in the area. While digitalisation is the future, its effects are not necessarily positive, since most of the existing older losmen do not use digital infrastructure like credit card payments or online bookings. Furthermore, since there are more online businesses are now present in the area like Airy Rooms, tourists would usually prefer to stay in these more modern accommodations that the traditional and older losmen. Thus, it is important for these losmen, these businesses that are not digital, to retain their relevance to the modern tourist who prefers obtaining his accommodations through digital means. Lastly, the future presence of a big hotel in the area also presents a challenge for the community, since it literally towers over all the tiny losmen and smaller hotels and represents the advance of a “modern” form of tourist accommodation. It is not certain how its presence will affect the community and businesses in Sosrowijayan.

A sidenote, I think that it is worth considering the reasons why losmen are not all going digital, since examining the reasons could reveal other forces at play in the state of the community in Sosrowijayan that affects tourism activities. Some possible reasons include the existence of a technical gap, the lack of willingness to change, or the perception that it is or will be too difficult to change the nature of the business.

In conclusion, Sosrowijayan provides an interesting case study for the “domino effect” that is present in the tourist industry. It could also be a case study for how the tourist industry copes with different forms of changes, including competition from other kinds of tourism-related activities, new developments, events, technologies, etc., in order to remain relevant.

This article was written by Violet Ng Hui Zhi, an undergraduate student at National University of Singapore, while working as an intern at Center for Southeast Asian Social Studies (CESASS).

Photo by Nemanja .O. on Unsplash