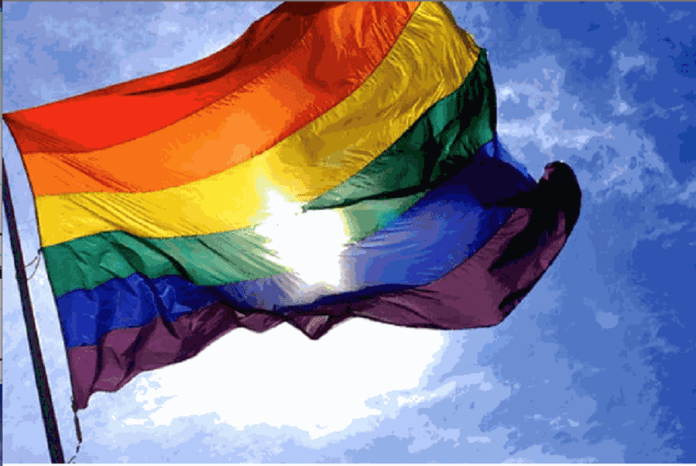 The word ‘transgender’ may be familiar to our ears. This word meant in this article means people who have gender identity or gender expression that is different from the gender they had at birth, from woman to man, or vice versa.

Southeast Asia is one area where religion is the most considered factor, so transgender is often considered to be against the norm. Not infrequently in Southeast Asia, transgender gets discriminated, especially to enjoy a decent life. In fact, they are often forcibly evicted, fired, and so on. In fact, transgender is a human being and a citizen who has human rights. In addition, it must always be remembered that the state is obliged to provide protection to its citizens, without exception. Thus, we need to highlight this transgender phenomenon.

Talking about transgender that constantly demands equality in diversity raises a big question about how the law governs transgender. As is known, the world’s average law, regulates everything by dividing the sex of citizens into two groups: men and women. For example, as we find in Indonesia, in labor law, there are certain leave that can only be taken by women or criminal rape formulated with the special characteristics of female victims.

In Indonesia, the majority of people still regard transgender as an ‘unusual’ thing. Nevertheless, there are few people concerned with this phenomenon. This is evidenced by the existence of Srikandi Foundation which began to stand since 1998 and it focuses on health issues related to transgender and their work. In addition, in 2010 there is a quite famous case related transgender, namely Alter Hofan. Alter is a man who used to be a woman. Later, he married a woman named Jane. Knowing Alter is transgender, Jane’s mother reported the marriage to the police on the grounds of fraud. After undergoing a trial in South Jakarta District Court, the panel of judges decided Alter was acquitted of all charges because the panel of judges held that it was not a crime. Even on the appeals level, the verdict states that although the Defendant has been proven to apply for the identity of the female sex to the male, but the act is done on the impulse caused by an abnormality called klinefelter syndrome, so again he escapes demands.

According to Indonesian law, as set out in Article 28 Paragraph 1 of the 1945 Constitution, everyone has the right to live and sustain his/her life. The meaning of ‘everyone’ in this article is certainly intended for all Indonesian citizens, regardless of their condition. Then, in Law no. 39 of 1999 on Human Rights, Article 71 affirms that the government is obliged and responsible for respecting, protecting, upholding and promoting human rights.

In fact, the government does pay attention to transgender citizens, as the Ministry of Health always provides free HIV / AIDS medicines to transgender. The state institution of National Human Rights Commission (Komnas HAM) always insists that every citizen, regardless of his/her condition, has the same rights and should not be discriminated against. Thus, it can be concluded that, regardless of the negative assumptions of society, according to Indonesian law, transgender still has the status as a citizen having an obligation to build his/her country and to succeed the country’s development. Therefore, the right to transgender remains in force, including the right to work, social security, decent living standards, health, education, and participation in cultural life.

In addition to Indonesia, Thailand as one of the countries in Southeast Asia can be said to be more open to the existence of transgender, based on the number of ladyboys there. Transgender in Thailand has the nickname “kathoey”. They usually work in Thai entertainment, TV shows, and nightclub performances. Thailand is also one step ahead in supporting and protecting transgender rights. Evidently, they published the “Gender Equality Act” in September 2015 to eliminate discrimination, one of them is against transgender. This law criminalizes discrimination between sexual identities which affirms that unjust discrimination to a person having a sexual expression different from his or her original sex is a crime.

Nevertheless, as in Indonesia, transgender discrimination still exists in Thailand, as is the article in the Bangkok Post in 2013 that claims social discrimination in transgender there. The Bangkok Post says that there will be no transgender with high-class jobs, such as doctors, lawyers, scientists, teachers at state schools and universities, and corporate executives. Therefore, most transgenderers become entrepreneurs or freelancers. Even in 1954, transgender was banned from entering the military realm because because they are considered to have a ‘mental disorder’. However, this decision was revoked in 2005.

Until now, the transgender phenomenon is still a debate in the countries of Southeast Asia. However, Thailand and Indonesia, through the government and some of its parties, actually still treat transgender just like other citizens in general.

This article was written by Vicky Van Winkelhoff (in Indonesian), an undergraduate student at the Faculty of Law at the Islamic University of Indonesia, while working as an intern at Center for Southeast Asian Social Studies (CESASS).