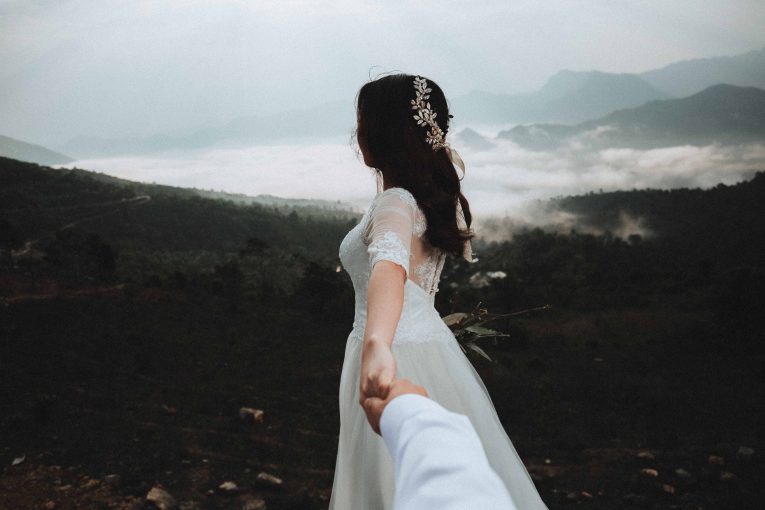 This ‘economic good’ of the Vietnamese bride can be located within the larger phenomenon of the mail order bride industry. As defined by Sarker, Cakraborty, Tansuhaj, Mulder and Dogerlioglu-Demir (2013), this industry can be seen through “international marriage brokering agencies as mail order bride services”. In highlighting the centrality of brokering agencies to the market, this definition helps distinguish a bride that is specifically sold as an international ‘product’ against her fellow compatriot who marries overseas, outside of the system. Hence, this serves to demarcate and economise the human bride into a commercial good, which is arguably problematic due to its dehumanising undertones. However, for the purpose of understanding how this industry can be perceived using an economic lens of analysis, these terms will be used in the course of examination below.

Within the mail-order bride industry, countries are categorised as ‘sending’ and ‘receiving’ or exporters and importers. Developing countries, such as those in Eastern Europe and Southeast Asia, tend to be grouped as exporting countries while developed ones such as the U.S., Western Europe and East Asia are seen as importers (Lloyd, 2000). These circumstances are shaped by demand and supply factors for brides. Women facing issues of poverty in their developing hometowns become the supply while men from wealthier nations and purchasing power fuel the demand. For the brides-to-be, such marriages are a means for them to escape comparatively poor living situations with a hope to remit money gained from their new life to their families back at home. The motivation for men in these importing countries would then be to meet their needs of a wife through monetary means for reasons which do not allow them to find one in their own country (Yakushko & Rajan, 2017).

One exporting country which has become more active within this industry in recent years is the republic of Vietnam. This is due in part to the demand factor of East Asia’s economic rise which increases purchasing power and demand for the service, as well as the associating problems of changing marriage norms with more financially independent women in the region (Kim & Shin, 2008). The popularity of Vietnamese brides, in particular with these East Asian countries, can be observed in the lower cultural barriers to bridge these international counterparts. This can be seen in similarities of religion, family values and even their physique which arguably inclines them towards an East Asian model. As such, this accounts for the prevalence of Vietnam brides over mail-order brides from other destinations within the East Asian region. (Kim, 2012).

Due to the pronounced financial benefit associated with these marriages, there is a prevalent perspective that wives only seek to gain from such an arrangement. However, this article would like to highlight that this is not entirely the case. Beyond the allure of economic security lies challenges which these brides have to navigate through on their own in a foreign land after the marriage. These issues include social exclusion, higher risks of facing physical abuse within the marriage, and the threat of human trafficking when examined across the different ‘import’ countries which these brides get sent to.

In a study by Kim (2012) on Vietnamese brides in South Korea, it was found that the phenomena of social exclusion were widely faced by these ladies after migrating for their marriage. Exclusion arises from the differences that exist between the bride and the Korean society despite the overarching similarities they share compared to mail-order brides from other countries. This is especially distinct in the area of communication because the Korean society is arguably perceived to be relatively homogenous and defined by the Korean language. Difficulty in picking up the language by these brides result in them being demarcated as ‘others’ by the larger society. As a result of this, they become excluded at a societal level and the lack of acceptance makes the facilitation of integration for these brides to be difficult in finding emotional stability in their new homes.

A closer look at brides ‘exported’ to America reveal the problem of physical abuse as highlighted by Morash, Bui, Zhang, & Holtfreter (2007).  A prevalence of such abuse being faced by these brides has been argued to stem from the demographics of men who tend to engage in this industry. These risk factors are seen in the larger percentage of men who have backgrounds with a history of violence that seek wives using these means. The decision to turn to women overseas is a response to the struggle in finding local women to marry due to their backgrounds. The Vietnamese bride becomes highly prized among this demographic due to their marketing as ‘subservient’ by matchmaking companies, which feeds into the notion that they are easier to control and thus appealing to such men. This however leaves the bride at the mercy of physically abusive spouses which places them in a vulnerable position.

When examined in the context of these brides in China, Barabantseva (2015) paints an even more alarming problem of trafficking that they are exposed to. Some of these brides are kidnapped, misled and sold into the market by traffickers who attempt to profit off the industry by doing so illegally instead of through official brokering agencies. This is an issue for Vietnamese brides to China in particular because of the close geographical proximity of the two where they share a common border. This is facilitated by traffickers who falsely promise Vietnamese women job opportunities in China, bringing them across the border or forcibly kidnapping them to be sold to Chinese men in need of a wife. This practice continues in recent times as reported by various news sources even in 2019 (Ng).

In conclusion, this industry is complex, dynamic and not without its benefits and challenges (Thai, 2008). From understanding the economic framework of how marriage can be commodified and facilitated in a cross-border process from Southeast Asia to the region beyond it, as well as the challenges which these brides face within this exchange, there is much which can be observed and commented on. It is hoped that even as ‘importing’ countries enjoy the benefit of being able to engage in these services, measures would be put in place to safeguard the lives of these Vietnamese brides who arrive on their shores not just an economic good but as a human.