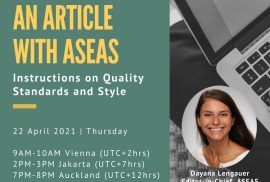 ASEAS – CESASS Webinar “How to publish an article with ASEAS”

The editorial board of the Austrian Journal of South-East Asian Studies (ASEAS) kindly invites potential authors to participate in our one-hour webinar on how to publish an article with ASEAS.

This webinar shall offer an overview on (1) ASEAS author guidelines, (2) quality standards and key requirements, and (3) publication timeline. read more 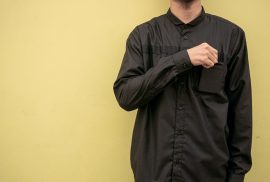 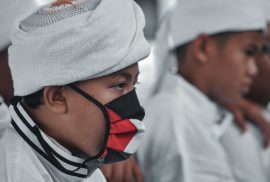