Intern Visit to the Center for Digital Society (CfDS) 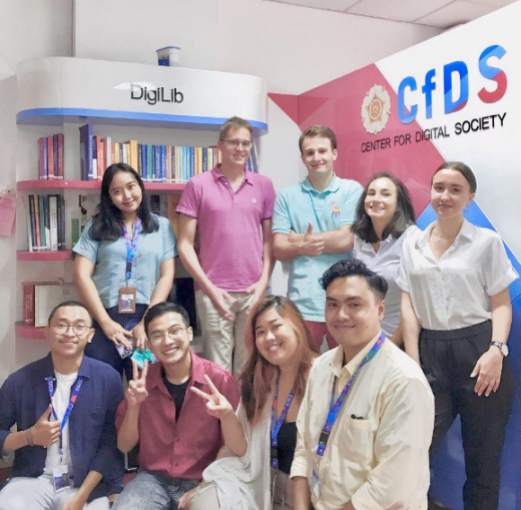 CESASS interns visits to CfDS was conducted on September 13, 2022, at 10.00 WIB at room BC 201 of the Faculty of Social and Political Sciences, Universitas Gadjah Mada. This visit is part of a series of activities for international interns during the internship program in CESASS.

The interns who participated in the visit were made up of four international interns from Russia and one local intern. These internship students are accompanied by a Cooperation Staff during their visit to CfDS.

Center for Digital Society (CfDS) is a research center under the Faculty of Social and Political Sciences, University of Gadjah Mada. CfDS was founded by the development and dynamics of contemporary socio-political life in the world, marked by the influence of technological information. Thus, it requires a new approach to managing and understanding the phenomenon of digital society itself. CfDS research and activities are based on their leading mottos of productive, innovative, and influential.

This visit activity contained activities such as, presentation of material related to what CfDS is as a research center, the activities carried out by them, what impacts arise from the presence of CfDS, and involvement in various activities and events (both on a local and national scale), and sharing sessions between CESASS interns and the staff of CfDS.

In addition, there were also presentations and discussions related to the issue of the new National Capital (IKN) and a series of G20 events in Indonesia, particularly related to the involvement of CfDS itself in a series of G20 events organized by the Ministry of Communication and Information of the Republic of Indonesia in Jakarta some time ago.