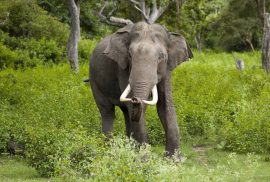 If there’s one thing that Southeast Asia should be known for, it is one thing; Diversity. This region is the home to many cultures, belief, traditions, cuisines that extends all the way to its rich biodiversity. The region hosted millions of species that ranges from both animals and plants. Many states in this region are in fact, aware of this fact and the notion of this leads majority of states in Southeast Asia to sign and ratify the CITES (Convention on International Trade in Endangered Species of Wild Flora and Fauna 1975 ) within their national legislation, as a measure taken to protect 3000 species of flora and fauna. In Indonesia, CITES has already been ratified into Law no 5 Year 1990 for the conservation of living resources and Ecosystems. The ratification process itself are divided into 3 (three) criteria in which the former one (1) are deemed the most effective, while the latter one is the deemed ineffective (3) due to the lack of alignment between the content within the legislation and the aforementioned conventions. read more 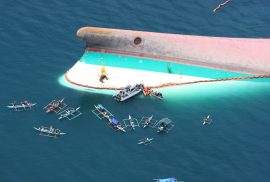 Communication and Politics of Disaster in Indonesia: Analysis of the Multi-Layered Responses to Maritime Disaster in Semarang and Aceh

This research by Dr.phil. Hermin Indah Wahyuni, Theresia Octastefani, M.AP., M.Pol.Sc, Muhammad Rum, IMAS, and Prof. David Robie from Program Hibah Kolaboratif Internasional Fakultas ISIPOL UGM in 2018 is intended to analyse the communication and politics of disaster in Indonesia through an examination of the multi-layered responses to two maritime disasters: tidal flooding in Semarang and the threat of tsunamis in Aceh. Although these maritime disasters have different characteristics, both were destructive. While tidal flooding in Semarang has been a slow-onset disaster, tsunamis in Aceh arrive suddenly. Tidal flooding has occurred along the northern coast of Java for decades, but yet to be mitigated; in fact, it has only expanded and caused more damage. Meanwhile, the 2004 tsunami in Aceh was the largest maritime disaster ever experienced in Indonesia, killing hundreds of thousands, causing massive destruction, and creating a number of social problems that remain even today. The main vision of the Joko Widodo (Jokowi) government to reaffirm Indonesia’s status as a strong maritime country cannot be optimally realised, and may even be hindered, if these disasters cannot be addressed. read more 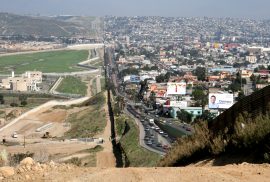 Border dispute constitutes one of the most challenging issues in the normalisation of the relations between Indonesia and Timor Leste. Two land borders separate the two countries: 150 km in the eastern part and 120 km in the western part (Oecusse, Timor Leste’s enclave inside Indonesian province of Nusa Tenggara Timur). While the eastern part of the border has successfully been negotiated, the western part of the border remains disputed until today. Negotiations of the unsettled borders continue until today without significant progress. Different interpretation exists between Indonesian and Timor Leste negotiators. read more 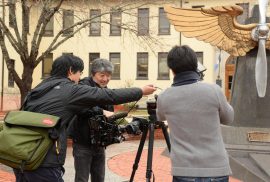 Documentary film as a catalyst for social change in Indonesia

Research by Dr. Budi Irawanto, Dr. Novi Kurnia, and Theresia Octastefani, M.AP from the Higher Education Leading Basic Research Grant Program – PDUPT 2018-2020 aims to examine the links between documentary films and social change in Indonesia. Since the process of democratization (Reformation) has begun since 1998, documentary films have experienced decent growth and their production has increasingly spread to a number of regions in Indonesia. In contrast to fiction, documentary films rely on factuality and carry out truth claims on the reality that it raises. More than just representing a variety of social problems, documentary films have the power to open insight, raise awareness and shape certain attitudes. Not surprisingly, documentary films are able to persuade the audience, create a layered meaning, provide a rich experience and create a new awareness of the various issues (issues) of social, political, cultural or ecological that they represent. read more 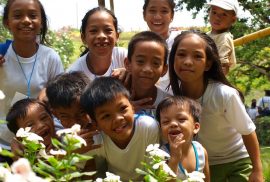 Strengthening Understanding of Reproductive Health for Youth as Prevention of Child Marriage in Indonesia (Sociological Perspective, Communication and Culture)

Child marriage is defined as marriage performed by children under the age of 18 who are forced, or of their own volition. In this practice, girls are the most disadvantaged because they are related to the high Maternal Mortality Rate (MMR) and the obstruction of their potential to develop themselves. One of the most basic forms of child marriage prevention is the application of understanding reproductive health, especially for adolescents. Unfortunately, this has not been maximized because of religious and socio-cultural challenges. Thus, studies of the need for strengthening reproductive health are urgently needed regarding efforts to save the younger generation and gender equality in accordance with the 2015-2030 Sustainable Development Goals (SDGs). read more 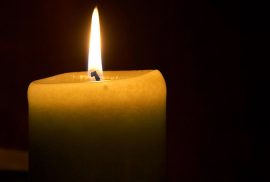 Plurality of Digital Memory about 1965: Tracking the Point of Consensus

Media reconstructs and mediates collective memory (Haskin, 2007; Sturken, 2008; Hoskins, 2014). New media allows archiving, distributing, exhibiting, retrieving (Van House & Churchill, 2008), as well as being an arena for memory contestation (Bindas, 2010) through deconstructing and reconstructing related collective memories of 1965/66. The main users of new media such as Youtube, Twitter and Instagram social media in Indonesia are millennial groups that are relatively disconnected from the ideologization of the regime and are relatively free from the New Order’s formal propaganda about 1965. read more 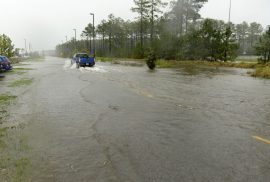 At present, Semarang City has entered a demographic bonus, namely the phenomenon of the abundance of the population of productive age significantly. In order not to turn into a demographic disaster, the management and utilization of demographic bonuses must be immediately carried out, particularly in the involvement of young people in various activities, including their involvement in responding to tidal flood problems in the Pantura Line in Semarang City, which has not yet been resolved. Their involvement is very important because their position is relatively free from political interests so that they can do various smart and innovative things in presenting and communicating the strategic steps that will be taken to help solve the problem of tidal flooding. read more