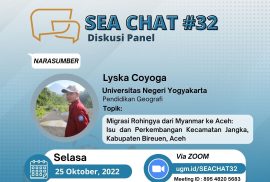 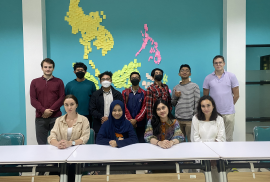 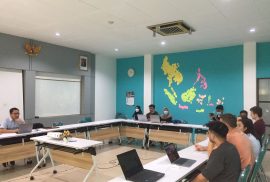 Later on, Dr. Abdul Gaffar gave a brief outlook on the political history of Indonesia and analyzed the existing trends. For instance, the lecturer stressed the so-called “double-majority” factor. It implies that if one is Muslim and Javanese, they have far higher chances of being elected as governor/president.  read more 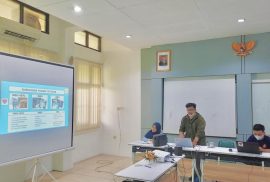 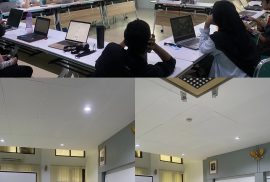 On Friday (30/09), the Center for Southeast Asian Social Studies Universitas Gadjah Mada (CESASS UGM) held a Sharing Session to share about Aceh with friends from Russia. This Sharing Session will be delivered by Acehnese who is interning at CESASS UGM, namely Muhammad Naufal Rizky, Lyska Coyoga, and Muhammad Zaky Al Aqsa.

This sharing will be specifically talking about Dutch History in Aceh, the Free Aceh Movement (GAM) and the Aceh Tsunami, and Acehnese cuisine. Aceh is a special region in Indonesia where almost three and a half centuries ago it was occupied by Dutch. But, only in the 20th century could they successfully conquer Aceh. That is because the Aceh kingdom had a lot of power back in the early 15th century. The Aceh kingdom had built a very good relationship with the Ottoman empire and many other kingdoms in Europe such as the British and France kingdom. The presentation continued with an explanation of the history of the Free Aceh Movement (GAM) in Aceh, which was an experience that many Acehnese could not forget. Talking about GAM cannot be separated from the Tsunami because for the people of Aceh, the Tsunami is believed to be God’s way to solve the problem of the Aceh war between GAM and the Indonesian government. Finally, the presentation explained the cuisine in Aceh. Aceh is famous for spicy and savory foods such as Mie Aceh, food of Kuah Pliek, Manuk Labakh, Baku Pinget, Sie reboh and Le Bu Peudah. read more 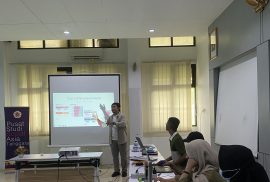 On September 30 2022, Wisnu Prasetya Utamo, S.IP., M.A., delivered a lecture on the Media Landscape Indonesia. The lecture was visited the representatives of Center for Southeast Asian Social Studies. The event was sponsored by FISIPOL UGM (Faculty of Social and Political Sciences UGM) and aimed at increasing the awareness about the work of the media in Indonesia.

Wisnu put the issue into a broader perspective and gave the context of the work of the media. He told about the system of media as well as the kinds of media, distinguishing between state and non-state media groups. Besides, Wisnu touched upon the biggest media holdings and their main characteristics. According to Wisnu, nowadays mass media in Indonesia have to face quite a few challenges. Among them are the lack of funding for local media, political bias in the interests of this or that political party or corporation.  read more